Overcast skies for the bulk of the day, which moderated the temperature nicely.  Experienced my first substantial tailwind today and it could not have come at a more providential location—Lake Pepin.  This lake was 20 miles long and consumed most of the day.  Had the winds been in front of me it would have made for a most laborious and disagreeable passage.  As it was, with the wind at my back, I was buffeted by large rolling waves from behind.  This made keeping a true course most difficult, and I was frequently swamped by the crashing waves.  My bulkheads remained secure though, and I had only to bail a quart of water or so at day’s end. 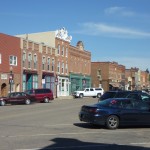 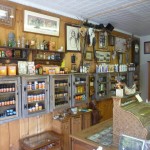 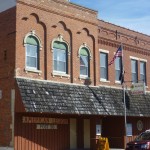 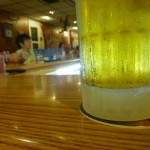 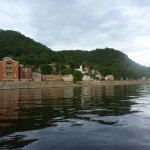 I reached the town of Wabasha after 6.5 hours of paddling, greatly fatigued and my knees suffering in the joints.  Had a dinner of fish and then recuperated at the VFW and American Legion where cold beer was proffered.  There is a custom in these regions of purchasing small cardboard tickets as some form of game of chance.  The practitioners of this game evidently enjoy it to excess, as large piles of these discarded tickets could be seen accumulating beneath the bar stools.

After it cooled I continued to Lock and Dam #4, alongside the attractive hamlet of Alma.  It appeared to be a mere two streets deep, running the length of the river, all the dwellings picturesque and historic.   I find travel from 7-9pm to be the most agreeable time, as the sun is low, the birds and frogs filled with song, and the water glassy.  I have seen but a little wildlife since above St.  Paul, save ducks and heron, though I did spy a doe wading along the river’s edge at dusk.

Many of the banks are sandy, which affords me an eligible location to stop for the night, and I have now done so on an unnamed and long narrow island.  It is a most peaceful evening, save the incessant mosquitoes.