The Mississippi River, Father of Waters, Big Muddy.  Named from the Ojibwe misi ziibi, meaning “great water”.  Home to the Winnebago, the Sauk, the Choctaw and Chickasaw, the Natchez.  Site of the most advanced prehistoric civilization north of Mexico, whose city on the river was larger than London.  Highway for some of the continent’s most renowned explorers: De Soto, Le Salle, Marquette & Joliet, Lewis & Clark.  Witness to the agonies of the Cherokee Nation, and the enslavement of over one million blacks.  Pristine glacial stream and toxic artery of industry.  This incredible river drains 31 states and 2 Canadian provinces, over 1,245,000 mi², on its 2,340 mile journey to the Gulf of Mexico.

The river begins in Northern Minnesota.  It spills from a beautiful mirror of a lake called Itasca.  A mere 12 feet wide at this point, there is a chain of rocks at the mouth so that visitors can stride across this humble stream.  The water is cold and clear, and lazily travels through many miles of wild rice marshes—resembling a bog more than a river—before arriving in Lake Bemidji.  It leaves this lake looking more like a proper river, albeit small, and makes its way though two other huge lakes.  It is not until its confluence with the Leech Lake River that the Mississippi begins to take on its characteristic brown hue.

On its 493 mile journey from Lake Itasca to Upper Saint Anthony’s Falls in Minneapolis, the river passes 12 dams, and 10 lakes.  Starting at this dam, a system of locks is employed by the US Army Corps of Engineers which allows for tugs and barges to travel the river from St Paul to the Gulf.  The Mississippi has now become a major waterway.

From St Paul to St Louis, the river is harnessed by 29 lock and dam systems.  These allow the USACE to, among other things, manage the flow of water on the river and avoid flooding.  In Minnesota, where chances of flooding are rare due to the proximity to the headwaters, many fine homes dot the shores of the lakes created above the dams.  The river picks up steam as it heads south, gathering volume as it’s joined by the Minnesota, Wisconsin, Rock, Des Moines, and Illinois Rivers.  Riverfront manors gradually give way to the occasional houses on stilts.

Just before St Louis the Missouri River finishes its 2,340 mile journey from the Rockies of Montana by merging with the Mississippi—and nearly doubling its discharge.  With no dams to hold the river back, it’s now free flowing all the way to New Orleans, and few dwellings will be seen along its shores.  In fact, but for brief sections of scenic bluffs south of Cairo and near Natchez and Memphis, the land bordering the river will be incredibly flat all the way to the sea.  Industry and shipping predominate on the shore—granaries and mills in the north, chemical plants and refineries in the south. 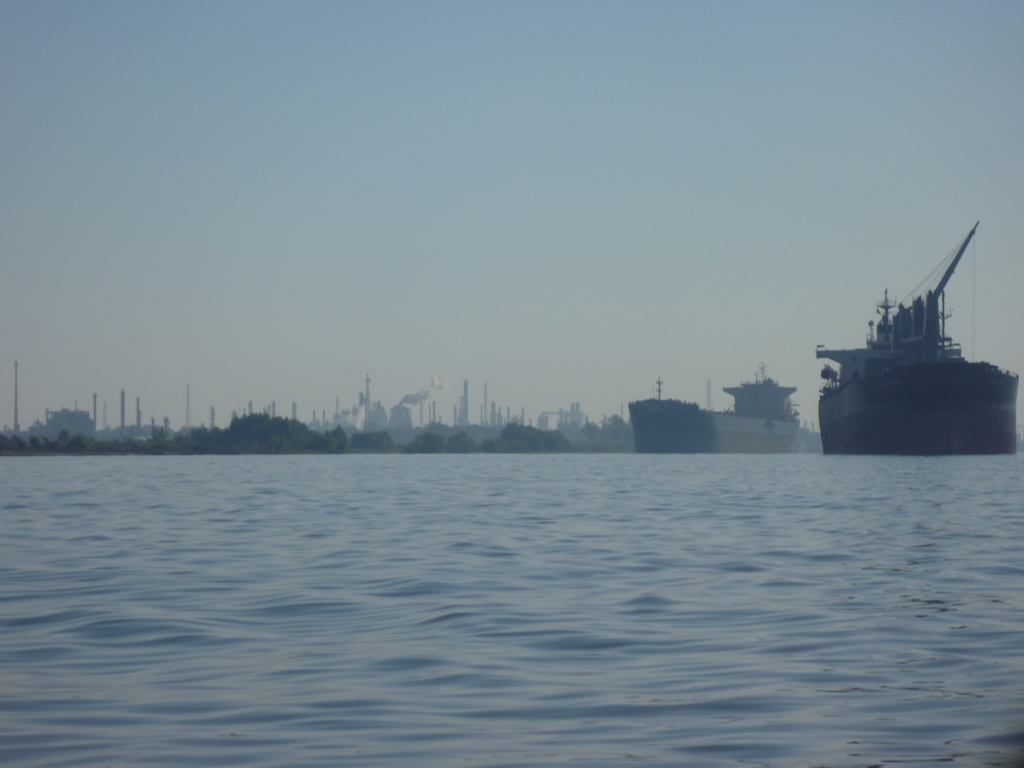 At Baton Rouge the channel is 45 feet deep, meaning ocean-going tankers and cargo ships will begin to appear in increasing numbers.  Past New Orleans, the river sluggishly makes the last 100 mile trip to the “Head of Passes,” where it splits into three different channels to dump into the Gulf of Mexico.  This is considered Mile 0, the end of the river.

If all that sounds enticing to you, read on for some planning tips!

One Response to THE ROUTE