The day began clear and warmed rapidly with the rising sun.  I consumed my breakfast of Irish oats and honey without fanfare and we set out back into the wetlands.  The depth of the channel was now sufficient to allow the use of my rudder—a cleverly designed device which allows a great level of control of my kayak, and indeed, without which constant linear travel is nearly impossible.

These marshes often opened into large bodies of standing water, and we found ourselves once again relying on the direction of the bending submerged grasses for guidance.  After some miles the landscape opened up and the channel proceeded through forested terrain. 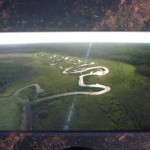 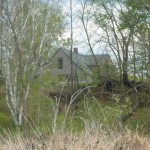 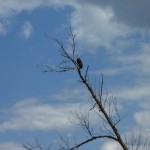 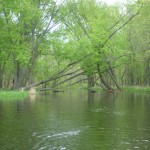 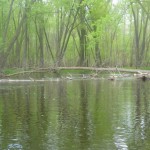 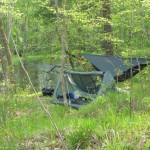 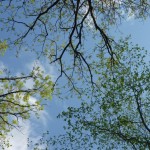 The marshy banks were still yet wide enough to allow for numerous panoramas.  The multi-hued trees and clouds reflected perfectly in the glass-like surface of the water.  We passed directly under a large juvenile bald eagle, perched 15 yards above the river in a dead tree.  From time to time the trees would thin and reveal a fine habitation or barn, and once a hollow ruin of an abandoned house.

The final four miles of river wound circuitously through a mire of deadfalls and snags.  The looming, twisted hulks presented a most eerie aspect–strange insects and frogs became the only noise and the sky darkened.  The whole region took on an ominous cast, and indeed, the river conditions warranted a high level of vigilance and delicate handling of the craft.  The numerous deadfalls provided many opportunities for mishap.  At one time, I was compelled to disembark and clear snags by hand, pulling my kayak along through the newly opened channel.  We are now encamped on a small point overlooking a bend in the river; the waxing crescent peeking through the infant leaves of the many silver maple.